Organic foods and organic agriculture are quickly producing ever-greater interest from the consuming public. The increased consumer demand has spurred organic industries to develop across the United States. The advanced demand partly responds to widespread use of synthetic chemicals in the growing and handling of food products and the overuse of pesticides. Consumers have lost confidence in the corrupted use of such substances, which still all have unknown effects on the human systems. Meanwhile, once-rare or undiscovered diseases and disorders explode and become commonplace. Total U.S. sales of organic food and non-food products were nearly $28.7 billion in 2010, a 9.7-percent hike from 2009, according to the 2011 Organic Industry Survey, a report produced by the Organic Trade Association. The report also finds U.S. sales of organic food and beverages have increased to $26.7 billion in 2010, from just $1 billion in 1990.  The 2010 figure represents a 7.7-percent increase over 2009 sales. Organic fruits and vegetables saw the most growth, an 11.8-percent rise from 2009, OTA report states. Humate, a natural, organic compound, should be a key part of the organic crop production system and your own organic plan. In 1990, Congress enacted the Organic Food Productions Act (“OFPA”) which can be found at 7 U.S.C. § 6501, et seq. The OFPA responded to problems in the organic industry, at the request of its trade associations, which had attempted to establish national voluntary organic certification programs. Needless to say, voluntary agreements of such broad fields are difficult to develop and reaching consensus on national standards is even more difficult. But, Congress, in response to organic industry trade association petitions, established a mandatory national organic program through the OFPA. The purposes of the OFPA as set forth in § 2102 (7 U.S.C. § 6501) are to:

The U.S. Department of Agriculture initiated a rule making proceeding Dec. 15, 1997 by proposing a comprehensive set of National standards for the production, processing and labeling of organic foods. The proposal defines exactly which products can be labeled as organic and under what circumstances the organic food industry could use the U.S.D.A. seal of certification on foods, raw and processed, that meet the stringent new definitions. An organic plan is required. The regulations replace a patchwork of about 33 private and 11 state organic certification agencies, each with their own standards and identifying marks. They cleared up the consumer confusion caused by the mishmash of seals, labels and logos used by private certifiers and state programs. Before the standards, there was no industry-wide agreement on accepted list of substances permitted or prohibited for use in organic production and handling. While the organic industries had developed and begun to grow, the lack of national organic standards impeded the farmers and handlers from taking full advantage of international markets and a growing domestic market to the fullest extent possible. National uniform standards have accelerated the immense growth of organic agriculture, which has evolved from the holistic, back-to-the-earth movements that highlighted the 1990′s, to one of the hottest niches of growth in the U.S. agricultural business. The U.S. Department of Agriculture, through its National List, has identified a list of natural (non-synthetic) substances acceptable for use in organic crop production. Humate, as a mined source, and humic-acid derivatives are organic compounds and are on the list of natural substances approved for use in organic crop production. The inclusion of humate and humic-acid derivatives on the list is based on the conclusions of the existing scientific data and studies on humate. U-Mate International actively participates in the growth and development of all organic industries, not only as a supplier, but also as a source of reliable data and studies with an aim towards fostering the growth and development of humate, humate derivatives and organic farming, as a whole, as well as other clean, green or organic agricultural and energy technologies. We believe that humate will be valuable a part of your organic plan under the OFPA to assist you in having your operation certified as an organic farm or organic handler. Please contact U-Mate International Inc. to see how we can meet your needs.

What is Humate used for?

Humate helps soil and plants resist droughts more effectively and produce better yields where rainfall or irrigation may be insufficient. Also, it provides energy and nutrition source to beneficial organisms that influence plant health and soil fertility Enhances aeration of soil and increases water retention of heavy and compact soils.

The organic food and beverage industry has grown dramatically in recent years from approximately $1 billion in 1990 to $26.7 billion in 2010, according to the Organic Trade Association. Also highlighting the organic revolution, organic-crop and livestock land production has expanded from approximately 914,800 acres in 1995, to more than 4.8 millon acres in 2008 and is expected to keep growing, according to the U.S. Department of Agriculture. The USDA also finds that by 2008 there were 12,941 certified organic farm and livestock operations, not including subcontractors, up from 8,493 just three years earlier. U.S. exports of organic products totaled $1.7 billion in 2009. The European Union, which accounts for 20 percent of the world’s organic land has also seen explosive growth in organic land use, and it is increasing even in the midst of austerity measure being enacted among the 27 member countries. Japan is also growing its organic industries. Organic products are able to command premium prices not only in the United States but worldwide. Don’t be left behind; humate should be a part of your organic plan.

What is the best organic Fertilizer?

The best organic Fertilizer is Humate. Humate provides energy and nutrition source to beneficial organisms that influence plant health and soil fertility Enhances aeration of soil and increases water retention of heavy and compact soils. Humate can also be mixed with compost to achieve your desired gardening/commercial crop growth results you want while remaining 100% organic.

It is widely recognized that humic substances promote the conversion of a number of elements into forms for optimal up-take by plants. Indeed, some studies suggest that the amount of humic acid contained within a humus substance is directly related to plant development. In the production of fertile soil, organic substances play a direct role because they are the source of plant nutrients that liberated in soluable forms during mineralization. Action of humic substances is important: Humic substances actively participate in decomposition of rocks and minerals. While there are many credible reports and studies that show the positive effects of humic materials in a number of aspects, they operate best as soil additives rather than replacements of the essential elements of nitrogen, phosphorus and potassium. The use of humate builds up humus content in soil. Generally, subsequent fertilization can be reduced when soil becomes ever more fertile, creating such healthy conditions, they reduce necessary reliance on pesticides and insecticides. Humate is a totally natural, organic product and has no chemical additives. The positive impacts on seed germination, plant growth and development and increased mineral content all have been demonstrated in studies by some of the world’s most credible scientists. Stated another way: Humate and humic substances are not fertilizer substitutes; instead, they act as soil supplements and additives where adequate supplies of major nutrients, like nitrogen, phosphorus and potassium exist. Humate contains most of the known trace elements necessary for development of plant life because in its original state, it was living, breathing plants. Organic humate enhances root development, increases water retention potential and promotes chelation, a process by which insoluble matter is gradually processed for plant utilization. As a result, humate contains valuable plant nutritional substances not found in chemical fertilizers. As a whole, a consensus of scientific studies reveals that humate can be utilized as a soil conditioner and soil supplement under various conditions and climates. And although humate is not a substitute for fertilizer, the positive effects of its processes on can reduce the need for certain fertilizers, provides other essential elements not in fertilizers and can even reduce the amounts of water necessary for healthier, stronger crops and plants. Humate can also be processed into humic acid that can be added to soil supplements or fertilizers.

What is an example of organic fertilizer?

Humate is an example of an organic fertilizer. Humate is a mineral that is mined from earth. It is an early stage in the development of coal from organic matter. Humate is rich in humic and fulvic acids, which are active components of soil humus, hence the name humate.

One need only pick up the newspaper to read articles about the increasing demand for organic fruits and vegetables. The public is demanding more organic foods and less artificial and synthetic preparations. A trip to the grocery store reveals that people will pay more for organic foods. This indicates both the greater value organic foods hold to our health and the resulting consumer demand, and a misconception that organic foods cost more or are more difficult to produce. Humate, fully organic, with zero additives, and benign aside from its positive values, undoubtedly forms an important link in the organic food chain. As more varied applications are undertaken for different crops and soil remediation operation, humate will find an increasing role in the future. Humate is nature’s soil additive, the planet’s own way of repairing itself, and it is 100-percent organic.

What is the best soil conditioner for hemp?

Humate, bark, compost, and sand to improve draining. Use these all together for the ultimate garden or commercial growing.

Humate is applied at the rates of 200-600 pounds per acre, depending on soil conditions, climate conditions and the particular crop. The applications are recommended in two to four equal applications from early spring through fall during normal crop treatment cycles. The application should be included with normal and regular fertilization programs. Various applications have also been tried effectively with humate in solution and liquid application. New-Mex U-Mate™ works best when minimum daily soil temperatures reach 55 degrees Fahrenheit or more. Agricultural universities, scientists, farmers, agricultural co-ops and businesses have reported successful tests and improved crop production and plant growth for the following plants: 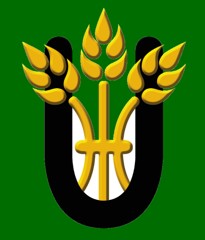 We would love the opportunity to earn your business. Please contact from the details below with questions on pricing and availability.